How To Create A Personality Test
& Cultural Fit Assessment

Personality is defined as a consistent pattern of thoughts, feelings, and behaviors; whereas Culture fit assessments help organizations determine if candidate values align with corporate ones.

What is a personality test?

Personality assessment instruments are introspective self-report questionnaires which constitute of rating scales (a series of multiple choice questions). That is why personality inventories are classified as Subjective Tests. The output depends on the examination of one's own conscious thoughts and feelings - which is a subject’s self evaluation.

The first personality assessment measures were developed in the 1920s and were intended to ease the process of personnel selection (aka. Hiring, Recruitment), particularly in the armed forces. Since these early efforts, a wide variety of personality scales and questionnaires have been developed.

Today questionnaires have gained huge popularity across the globe in the area of personality assessment because of its ease of construction and administration, despite its serious limitations such as social desirable responses, judgmental errors, lack of adequate self-insight (or biased perceptions of others) and faking etc. (Faking is defined as deliberate provision of “inaccurate responses to personality items in a manner that they believe will increase their chances of obtaining valued outcomes, such as a favorable hiring decision”).

A survey of 84 large organizations (with an average annual revenue of 45.7 billion dollars) found that

How is a personality test different from other kind of tests?

Unlike other kind of assessments (aptitude tests, language tests etc.) questions in Personality Tests do not have a correct / incorrect answer. However

Even thought personality tests are scored by scoring respondent's answers for each trait, the scores for each trait do not say much about the respondent personality by itself. (Personality test scores are difficult to interpret in a direct sense). That's why the scores for each trait must be compared with the rest of the population who have already completed the personality test. This is where the norm group comes into play. Norms provide a comparative basis for interpreting a respondent's test scores. Common formats for these norms include percentile ranks, z scores, sten scores, and other forms of standardised scores. By using a norm group, the test administrator can gage how your traits (for example Extraversion) compares to the rest of the population.

To interpret individuals' scores, one might calculate the mean and standard deviation (SD) for a sample of persons, usually of the same sex and a particular age range, and interpret

If the scores are normally distributed, this would result in approximately

An alternative method for showing respondents where they stand with respect to a group of respondents is to divide a set of scores into five equal parts, which are called quintiles. Labels for the scale anchors describe the lowest 20% and highest 20%, the label "average" is used for the middle 20%, and the remaining quintiles are labeled "somewhat." For example, labels for the quintiles on a scale that ranges from introversion to extraversion would be introverted, somewhat introverted, average, somewhat extraverted, and extraverted.

In order to derive such conclusions, benchmarks - for examples job specific benchmarks - that assess how good a fit a person's personality is for a given position should be created. The benchmarks calculate a person's job match score by comparing their personality trait scores to composite profiles created

To derive dependable results, there will usually be some kind of ‘score check’ involved, so that the test administrator can see things such as how consistently the respondent answered the questions or whether he/she just went for the neutral option on most of them.

What kind of features must an assessment software have in order to create, deliver and report personality tests?

If you want to create and deliver personality tests online, you will need an online assessment software that is capable of

How does Test Invite Assessment Software make it possible to create a personality test?

The Multiple Choice Question Editor allows you to map each option to one or many traits (aka. effects). That allows to track & report automatically each option.

For example in the screenhot below, you will observe that the options of the questions are mapped to Agreeableness/Politeness trait with a different scoring each. 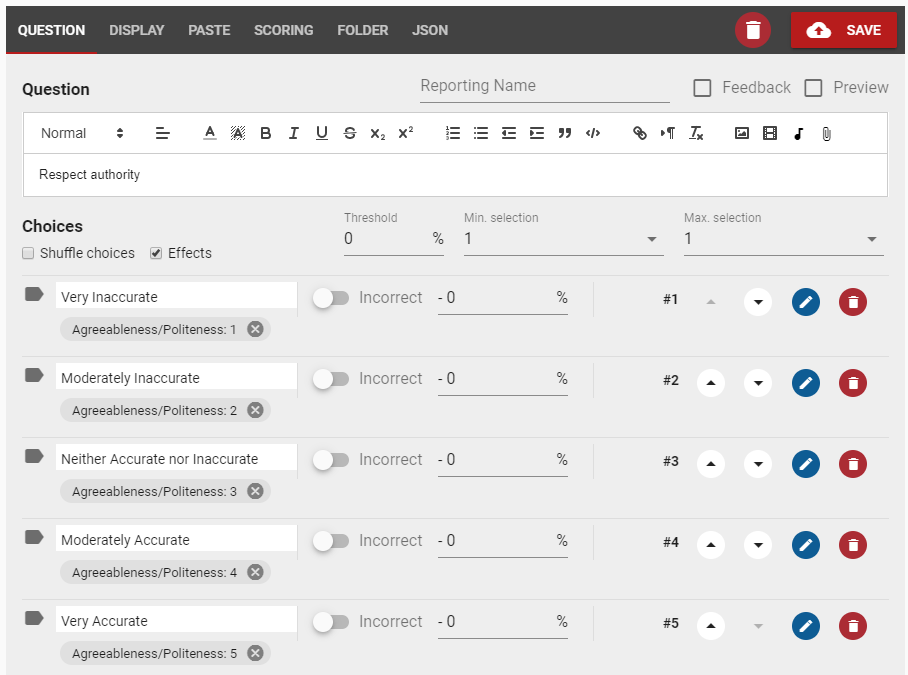 Each personality test is different. Hence the reporting. That's why Test Invite allows you to have your own reporting template. The template is a simple HTML template with placeholders. 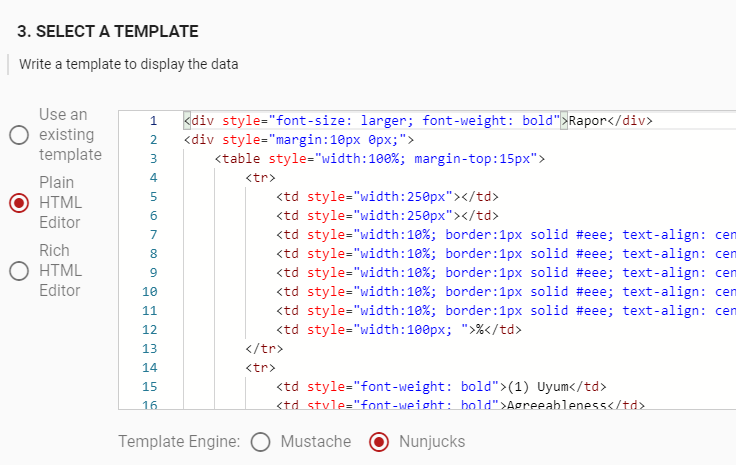 You can create your own function (algorithm) to create norm groups, benchmarks and match scores. 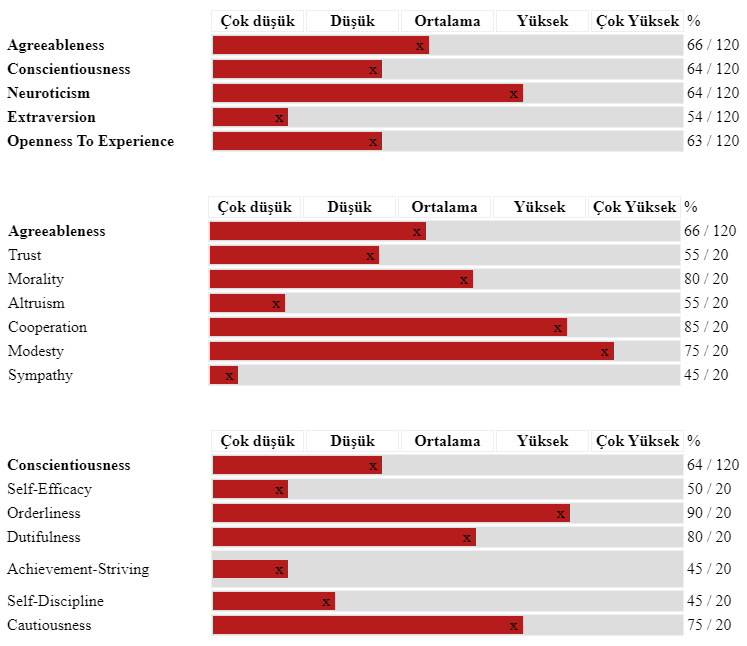 Would you like to create and deliver your own Personality Test or Cultural Fit Assessment?

If you would like to create and deliver a personality inventory or a cultural fit assessment test with matching scores etc. you can sign up and contact us (e-mail: info@testinvite.com).